Along with the 20th century. the true nature of our mind dawned on science. Yet, if only the power elite at the time (1902), became aware that human self-identity is merely a “looking-glass” illusion, primed for “culturally-enforced” coding. ask yourself, would they have placed their interests over ours? Much less, after 20th century-science left no doubt, the brain is a fully programmable-logic device, preset to function best as a circuit-node. Yet, stacked with sufficiently massive permanent and random-access memory capacity to make it self-sustainable and adaptable to innumerable, complex and non-deterministic tasks that computers, by design, can never achieve.

We're not around right now. But you can send us an email and we'll get back to you, asap. 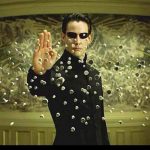